On the plane descent into Berlin, the city seemed massive, luckily a few hours later we were able to conquer it on a bike tour. Our tour guide was an ex-pat from Alaska who moved to Berlin because of a woman he met. It seems as if these love stories are becoming more and more common the more I talk to people. We were able to follow his lead to the majority of major landmarks in the city. He even took time to explain the complicated history with chalk on a sidewalk by Checkpoint Charlie. Learning how to ride a bike on suburban sidewalks and cul-de-sacs did not prepare me for the traffic and obstacles of city biking, but we made it out alive with only minor cuts and bruises. Among the things we saw were: the TV tower, the Berlin Wall, Berlin Dome, Museum Island, Alexanderplatz, Potsdamer Platz, Brandenburg Gate, and multiple Jewish memorials. Silly me did not know Berlin was situated on a major river, but the view of these major buildings lining the river made for a beautiful scene every time a  bridge was crossed.

My favorite event of the trip was eating lunch on the rooftop of German Parliament. After security and passport checks, and doors that close behind you before they open in front, we made it to the fresh air of the rooftop. The air is always sweeter the higher up you go and the more you can see. There is a huge glass dome with a peripheral ramp that leads up to the top with 360 degree views of Berlin. The sun came out that day, and reflected off the glass topper of the building. The restaurant was directly beside the dome. Three courses with light pouring in from the glass walls completed the two hour affair. If you know me, you know there are few things I love more than fun meals and heights. During lunch I got to know a few people in my class more deeply than before, Myers Briggs types were discussed if that gives you any idea of the conversation. It was peaceful, meaningful, and special, a few of my favorite words in life.

One thing that has been on my mental bucket list for a while, something that in my mind is quintessential culture and picturesque, is to drink a liter of beer out of one of those huge mugs in Germany. I got to fulfill that dream in Berlin. A night off turned into a massive group headed out to a traditional German restaurant in the middle of a dark, closed mall. The staff wore lederhosen and I ordered bratwurst and mashed potatoes. It was the fulfillment of a mental dream, living out what I saw to be German culture as a kid. The liter was of course harder to drink than expected, and the term “break the seal” never had more weight in a situation.

Later that same night, to celebrate the 30th birthday of my previously mentioned incompetent TA, we headed out for a night on the town. He led us on a thirty minute journey to a bar whose fame is spread by hearsay. It was called Klo, otherwise known as the toilet bar. I walked in and immediately was spread with water from something hanging on the wall. While scooting to my place in our booth, the picture hanging on the wall suddenly fell on my head, luckily it was padded, like it was planned. After we received our liter beers in bed pans and our shots in test tubes, the tables began to jerk up and down, in fact they were being controlled. It became very clear that this essentially was a haunted house bar, with booby traps and toilets as seats and heads that drop into your lap. 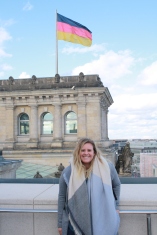 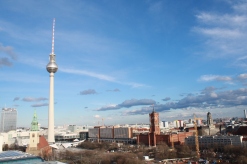 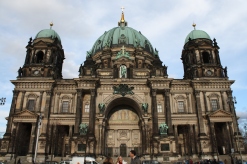 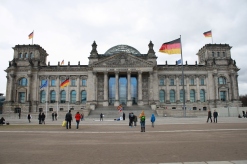 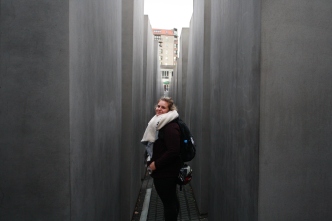 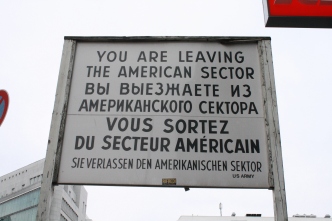 I definitely thought this was going to happen month one of quarantine. I’m proud of my restraint up until this point.
Mentally I’m here
I can’t wait to go back to Asia when this is all over. Japan, I’m coming for you!!
Thinking about how I still have the limoncello from this trip in my freezer
Architectural photos hit different after watching British designs shows in bed for three hours straight
I would kill to stroll through this museum in my favorite overalls right now
Loading Comments...
Comment
×
%d bloggers like this: